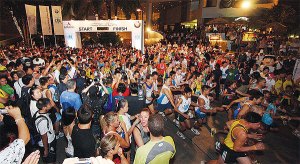 The midnight run in Bangkok has over 5,000 participants

It’s 9 weeks today until the Bangkok Midnight Run at the Amari Hotel in Pratunam, Bangkok. The course is a 12km loop around the streets of central Bangkok, running along Petchburi road and looping back towards Asoke, Sukhumvit and then back through Pratunam to the start. There is also a 6km option, and as the name suggests they both kick off at midnight on Saturday 8th October 2011 from Amari.

Given the times that me and my friends have recorded in the past few years I’m pretty sure it’s actually closer to 11km than 12km, but I’m not one to complain about a kilometre less when I’m running around in the middle of the night.

I’ve found the easiest way to register for the Bangkok Midnight Run has been to actually go to the Amari Hotel itself. You can do this anytime from now until the day of the race.

It’s all done in the name of charidee with two very worthy causes – Baan Gerda, which cares for HIV & AIDS orphans in Lopburi, and Chalerm Prakiat School which is an education centre for children who have lost their parents to HIV/AIDS. The race costs 300 baht and all proceeds go to the above charities. 2.6 million baht was raised last year which is an amazing effort. You get a racing vest and various other freebies along the way.

9 weeks is plenty of time to train for the race, even if you feel your fitness levels are low.  I’ve devised an 8-week running plan for you to help prepare so there are no excuses!

CT stands for Cross Trainer, but can also be bike, rowing machine or swimming. On CT days take it nice and easy but if you’re feeling sore or tired then make it a rest day. On rest days try to squeeze in a short pulse raiser (for example, 5 minutes on the bike) followed by stretching. This is important to aid recovery and prevent injury and tightness in the muscles. 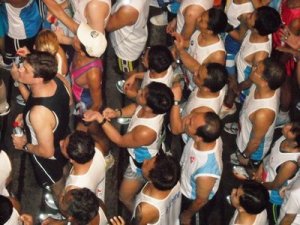 The start of the race gets pretty packed

You don’t have to stick by the program to the day. Tuesdays activites can be switched to Monday or Wednesday, for example. And don’t get disheartened if you miss a few sessions – just focus on starting up again and getting back on track! The main running day is Saturday so you may have to tinker with your social schedule a little!

Complete the ‘runs’ as fast as you can, record your time and see how this pace matches up with your target time for the final race. If by the 5th or 6th week you’re feeling particularly good one day, feel free to extend one of your runs beyond the scheduled run, and conversely if you’re feeling terrible another day just stop and have a good stretch – it does’t have to be followed to the letter, it’s just a good guide.

Easy runs are on Sundays and are time-based – don’t worry so much about pace, just get your legs used to running for that amount of time. Contact me if you would like to discuss your training for this race or your fitness goals.

Tuesday: 2.5km run (all runs as fast as possible) 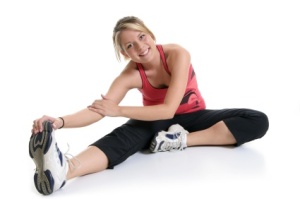 If you would like any further help completing the Amari Bangkok Midnight Run in your target time, or if you have any other running or fitness goals you would like to discuss, please feel free to contact me.

We’ll be looking at some nutrition tips between now and the race. Enjoy the training, and good luck! 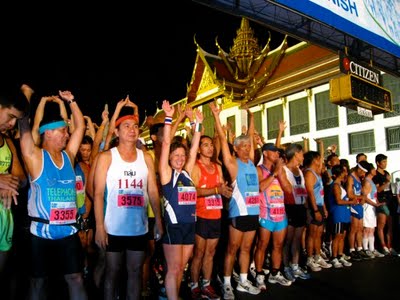 The Bangkok Marathon starts in the middle of the night at the Grand Palace, providing a great backdrop but hard to prepare for

Running is popular amongst expats and Thais in Bangkok, and if you take a trip to any of Bangkok’s parks in the morning or evening you’ll see plenty of people running around and braving the heat.

There are many marathons and half-marathons in Bangkok and Thailand as well as many smaller ‘fun runs’ of 5km and 10km. If you really wanted to you could probably find an organized run somewhere in Thailand most weekends.

Here is a list of marathons and half-marathons in Bangkok and Thailand from January through to December. If you’re new to running to Thailand then you may want to plan your big runs for November to March, as this is when the weather is at its coolest.

We’ve provided a point of contact for each event – click the link for a website where available, if not a phone number is provided. Please let us know if we’ve missed any out. The days provide a rough guide and will change depending on when the weekend falls, which is when most marathons and half-marathons in Thailand take place. I’ve also sneeked in the Siem Reap half-marathon around Angkor Wat temples as it’s such a great course!

So, here’s out list of marathons and half-marathons in Bangkok and Thailand.

So plenty of marathons, half-marathons and fun runs in Bangkok and Thailand to keep you going for now.

Why not pick one later in the year to aim for… Good luck!