My approach to nutrition is one of experimentation and understanding your uniqueness.

However, this process is often made much tougher by the one thing that’s supposed to help you: scientific research.

Now I’m not knocking science – if it wasn’t for research then most of us would be dead from a cut leg or childbirth. However, most of the nutritional research that is out there now should be taken with a pinch of pink Himalayan crystal salt.

I’m often asked for advice from people who are beyond confused. Every day they are bombarded with conflicting articles on what we should or shouldn’t do. One day carbs are evil, the next they’re fine if eaten before a certain time; first saturated fats slowly kill you, then they’re a-OK.

Each claim and counter claim is backed up by ‘studies’ and ‘scientific research’ from academic sounding bodies.

End result: your average Joe or Jenny is left clueless and frustrated.

Either the human body is dramatically changing week by week or something is up here.

In this article I’m going to dissect the issue and tell you what to consider and look our for when consuming information or taking dietary advice, starting with:

Journalists and writers
Specifically, journalists and their editors who want a juicy story or writers who are looking to push their point. Sensational headlines designed to attract your attention are often proved utterly misleading when you fully read the article. If you have the time and inclination to delve deeper and check the research or sources – and I believe less than 1% of the population are as sad as me in actually doing this – it will often reveal a very different story to the well-written and persuasive article.

Research can easily be cherry picked to make something sound like 100% fact when in fact there were many studies showing the opposite. Beware of lines such as ‘current research suggests’, or ‘food x has been linked to disease y’. Anything can be linked to anything and nothing evokes emotion and panic like life threatening diseases. My grandma could be linked to al-Qaeda if it would make a good news story, so be aware of this when reading news and blogs. Ask yourself, what’s the other side to this? 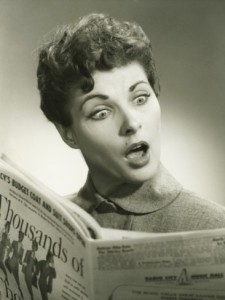 “EATING BROCCOLI AFTER 3PM HAS BEEN LINKED TO SUDDEN DEATH SYNDROME”

Research with ulterior motive
Who spends millions of dollars on research? I don’t and you certainly don’t, but companies with billions riding on it do. If Coca-Cola sponsors some research on the effects of sugar, or if Kellogg’s funds a study on breakfast eating it doesn’t take someone with a PhD in nutritional science to tell you how the results might turn out. Couple this with some well placed news articles on the results and you can start to seriously shape public opinion to the point where it becomes unquestioned conventional wisdom.

Over the last few decades this has happened time and again and some long held beliefs based on shaky and incomplete research, such as the focus on reducing fat levels rather than sugar from the 70s onwards, have clearly had a huge impact on the West’s health.

Poorly conducted research
Controlled studies involve anything from a small handful of people to thousands. Some have compliance issues with participants, and some use poor methodology. When you couple weak research methods with a misinterpretation of the results, you’d be better off getting your nutritional advice from a monkey with a typewriter.

This study by the Massachusetts Medical Society (sounds important, huh!) has been quoted time and again in articles ‘proving’ that ultimately low-carb diets are no more effective than low-fat in losing weight, yet if you sift through it you’ll see it is flawed and offers little true evidence. 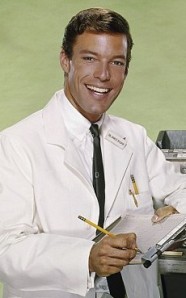 Firstly, the 63 participants would be considered a small study and you couldn’t be sure if differences in the two groups were down to chance. Secondly, by the study’s own admission “adherence was poor and attrition was high in both groups”, so it’s no surprise that over time the results evened out, as few probably maintained their eating plans. This also raises questions about how controlled and monitored the process was. Finally, the study states that “the low-carbohydrate diet was associated with a greater improvement in some risk factors for coronary heart disease” and finishes with “longer and larger studies are required to determine the long-term safety and efficacy of low-carbohydrate, high-protein, high-fat diets.” Yet, many low-carb opponents (such as vegetarians who oppose low-carb as it often goes hand in hand with meat eating) use this study as ‘proof’. Unsuspecting readers will often take it as such.

All this proves to me is that if you don’t stick to healthy eating habits, you won’t have good health or weight maintenance – not much of a revelation.

In this example there’s nothing wrong with the study, they are honest about the results and their meaning – it’s the writer’s misinterpretation of the results to support their argument that is the issue.

Causal vs correlative
To me, this is the granddaddy of misleading information.

Correlative means that when A happens B also happens.
Causal mean that A causes B to happen.

Understanding the difference between these two is absolutely crucial in your quest for the truth as the lines are often blurred.

A correlative link is easy to show and prove and can often involve studies involving hundreds of thousands of people (so it must be true!), causal links are much harder to prove and involve very controlled tests and environments.

A classic example is breakfast. We’ve been told for decades that skipping breakfast means you’re far more likely to be obese, and that you MUST not skip breakfast as it’s linked to disease and death. However, what’s now becoming clear is that the kind of people that rush out the door without eating breakfast generally eat worse overall, do less exercise, sleep less and smoke and drink more. So is it the missing breakfast that has caused problems, or one of the many other factors? The huge success some people have had with intermittent fasting has led me to believe that breakfast, whilst not bad or wrong, is nowhere near as important as has been made out.

You’ve also probably heard that breakfast is essential to ‘kick start your metabolism’. there is no credible evidence or research to support this (if you know of any please let me know), so I wonder where that came from?

The importance of breakfast is so firmly and resolutely believed that a mere mention that eating breakfast may not be so important after all will often have you labelled as a dangerous extremist.

I’d like to offer another example of causal vs correlative: people with platinum American Express credit cards live longer and have better health than people without bank accounts. So should we improve the lives of the underprivileged by handing out platinum credit cards in slums, ghettoes and council estates around the world? No, we should aim to improve the health care, nutrition and living standards of those people as those are the real factors at play here.

The solution
Apply some healthy skepticism when you open the paper and read a shocking headline or a trending “news” article pops up in your Facebook feed that suggests a radical overhaul of your eating habits.

If you’re considering making a change to your diet do a bit of homework with the above points in mind to help you make a more informed decision. Not all research is flawed or funded by monstrous corporations. Not all articles are written with a hidden agenda, but watch out for emotional language, bias or sensationalism and find some sources that you believe to be reliable and trusted. This requires a bit of work and time but is worth it.

Remember that not all advice and guidance is right for you, however strongly it may be worded. In fact, the more definitive and emotional the advice sounds the more you should be cautious. You may hear that eating carbs after 6pm is bad and causes you to store fat, but if you find that eating no carbs before 6pm has helped you lose fat, feel great and all your health markers have gone up then it’s safe to say that you can ignore that piece of advice. Likewise, if you wake up in the morning and you really don’t feel like eating and you make a healthy, reasonable eating choice mid-morning or lunchtime then go ahead and do it.

Summary
There are some informative nutritional resources out there and some solid research has been done. Weeding out these reliable sources and ultimately doing research and studies on yourself will leave you with the knowledge-base to make sound, informed and progressive choices for your health.

Check out the BASE Blog for more fitness information.