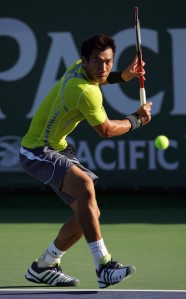 Paradon, or ‘bon’, was the first Asian player to hit the top 10

Tennis in Thailand has seen a big rise in popularity since Paradorn Srichiphan hit the ATP world top 10 about 10 years ago. There are now plenty of tennis courts and tennis clubs in Bangkok and the sport is popular amongst Thais and Bangkok’s expatriate community.

Many of Bangkok’s tennis courts are outdoors which makes it pretty tough to play in the heat and humidity, but it does mean that the courts are usually free in the daytime, if you can brave the heat!

Tennis equipment is widely available in Bangkok’s sports shops and there are some tennis specific shops in Bangkok too, one being situated near the entrance to Sukhumvit soi 38, where there are also 2 tennis clubs.

Here’s a list of 12 places to play tennis in Bangkok. I have included Google map links and the nearest BTS Skytrain station where I can.

BASE next to Thonglor BTS on Sukhumvit soi 36 offers sports conditioning and has trained a number of amateur and professional athletes. You can check out their group class schedule and personal training package details.

Located on Soi Saeng Chai off Sukhumvit soi 38, this Bangkok tennis club consists of 5 outdoor courts and 3 indoor, roofed courts. Prices are cheap and if you’re feeling lazy you can even hire a ball boy for 25 baht an hour! The courts are not in fantastic condition but very playable.

Also a Bangkok tennis academy, Spin n Slice is based just across the road from Santisook in the Sunshine Court apartments. Run by German ex-tennis pro Timo, Spin n Slice has a great quality court that can be rented by the hour. The tennis court has floodlights but to play after dark is more expensive, at around 300 baht an hour. 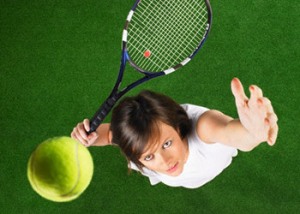 Just around the corner from Surasak BTS are 6 open air tennis courts. They often get busy during peak hours so it’s best to book ahead or play off-peak. A good option for Sathorn or Silom based expats.

This tennis and racquet club is one of Bangkok’s most well-known sports venues. It has tennis, squash and badminton courts, as well as a well-equipped gym. Check the website link for more details.

Well located on Ratchadamri road near the skytrain, this language centre has tennis courts that are great for meeting new players. The location of this venue makes it good for any Silom or Sukhumvit based expats that want a game of tennis.

Ari Tennis Club is based at no.98 on Sukhumvit soi 26. It’s quite a Thai tennis club with more locals than expats. Courts are about 250 baht an hour and they have decent tennis players and coaches based here. 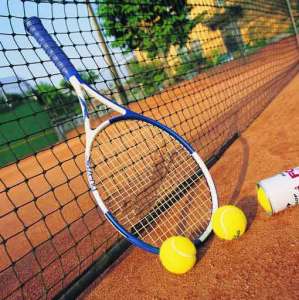 Unfortunately their website does not have an English language option, but this tennis club has top quality PlaxiPave courts that are available to rent for 260 baht an hour in the evenings. Equipment can also be rented and it’s open until 10pm.

This tennis club is quite far from the centre of Bangkok in Bangkok-Yai, but it may be useful for some suburban expats. Only 3 courts so book ahead. Prices are good at about 170 baht an hour.

A great range of sporting facilities, this park has already been mentioned in our basketball post. These tennis courts in North Bangkok are just 35 baht an hour, so great value. No tennis equipment for hire so make sure you bring your own.

Any top hotel or university!

Any top hotel in Bangkok will have tennis courts although this is an expensive option. Most Bangkok universities also have facilities, so if you find the above venues hard to get to try asking around.

There are many options here for Bangkok’s tennis playing expats. Let me know if there are any good courts I’ve missed and have fun!

17 thoughts on “12 places to play tennis in Bangkok”